Rumen, a boy of 13, is bullied by his classmates every day. An outsider, lonely and introvert, he never responds to the insults and the mockery. Until one day, pushed to his limits, he instinctively hits back with a single, but probably fatal strike. 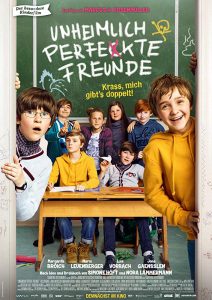 Double Trouble and the Magical Mirror

Frido is a fun-loving kid and just like most kids his age, a little lazy in school. One day during a town fair he encounters a magical mirror.  With the mirrors magic he is able to create a double (aka doppelgänger) of himself – who is just perfect at everything he is not.  With the help of is double who is very smart in school Frido starts to give up more and more responsibility not only in school but also at home.  At first it is much fun and he starts telling his secret to his best friend Emil until all of his classmates find out and copy themselves. No one goes to school anymore but the freaky doubles start to take over.  The kids start to realize that they miss their old lives and decide to take action by setting up a trap that will have the doubles return in time into the mirror. 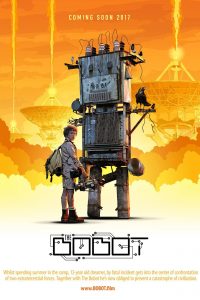 Summer camp. Our time. Vadyk 12-year old dreamer and little liar becomes an exile amongst his friends due to the aggravating mistake. Just yesterday he was a life of the party; today nobody wants to be his friend. Vadyk, not used to being an outcast, is trying to perform a feat, so he can gain back the respect of his comrades; instead fatally gets in the middle of the confrontation of two extraterrestrial forces. 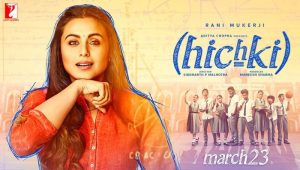 Naina Mathur is an aspiring teacher who suffers from Tourette Syndrome. After several interviews and numerous rejections, she lands her dream job as a full-time teacher in one of the most elite schools in the city. However, she soon realizes that the class she has been assigned comprises of defiant and impish students who can’t seem to keep out of trouble. Despite a few initial hiccups, Naina must do whatever she can to ensure that her students realize their true potential, and defy all the odds against them. 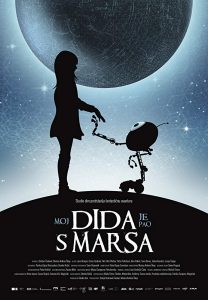 My Grandpa Is an Alien

The entire life of a girl Una is turned upside down when she witnesses that her grandpa is abducted by aliens. Una, in her basement, discovers that her grandpa is an alien himself whose spaceship hit the planet some time ago, and there’s still his pilot, a small grumpy robot. Una and the robot have less than 24 hours to find and rescue her grandpa.