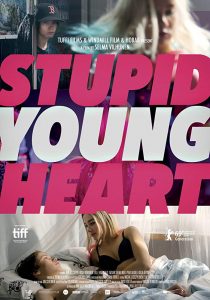 STUPID YOUNG HEART is about the first love between the skinny and carefree Lenni and the gorgeous and popular Kiira. Not yet in a relationship, nor out of high school, they discover that they are expecting a baby. Lenni has nine months to become a man. Having grown up without a father figure, Lenni receives attention and guidance from his weird friend Janne, a member of a right wing group that has recently moved into Lenni’s diverse neighbourhood. After taking part in a scrambled attack on a local Mosque, while Kiira is rushed to the hospital to give birth, Lenni realises that he must learn to be a man in his own way, even though he never had a chance to be a child himself. 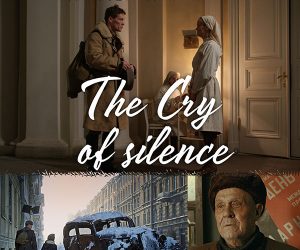 After a story of Tamara Tinberg, “Seventh Symphony”. The Leningrad block. February 1942. Ends the worst blockade winter. Nina Voronova completely desperate. Her three-year-old son, Mitya, has weakened, and the ration cards have already been delivered two days in advance. Last hope – evacuation. But with small children do not take. Then the woman goes to a monstrous step – is evacuated, leaving her son alone in a frozen apartment. During the raid, the boy is saved by a teenage girl Katya Nikonorova. The girl gives Mitya for her brother and promises herself to do everything so that Mitya survived. No matter what. 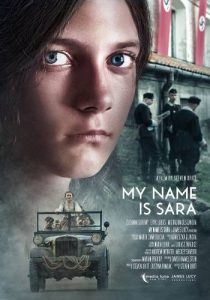 MY NAME IS SARA

Based on the true-life story of a 13-year-old Polish Jew whose entire family was killed by Nazis in September of 1942. After a grueling escape to the Ukrainian countryside, Sara steals her Christian best friend’s identity and finds refuge in a small village, where she is taken in by a farmer and his young wife. She soon discovers the dark secrets of her employers’ marriage, compounding the greatest secret she must strive to protect, her true identity. 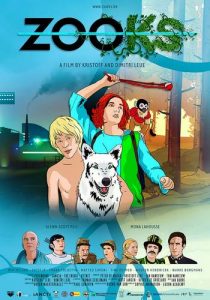 In a kingdom where man and nature are segregated, twelve year old Robin runs off into the forbidden forest where she meets Wolf, the young true heir to the throne. Robin, Wolf and some unexpected allies set in motion an adventure which will topple the Bad King and restore balance between man and nature.

Synopsis
Arzu, a young girl growing up in contemporary Azerbaijan, falls in love with Rafael, her piano teacher’s son, a veteran of the Karabakh War. Twice her age and unable to escape from the ravages of war, Rafael is forced to live on the edge of a society that sees him as a ‘cripple.’ Arzu, desperate to escape from the same repressive society which confines women to a strict, narrow path, chooses Rafael over her family and friends – but threatened by Arzu’s mother, and guided by the wisdom born out of his own brokenness, Rafael makes the supreme sacrifice of love.