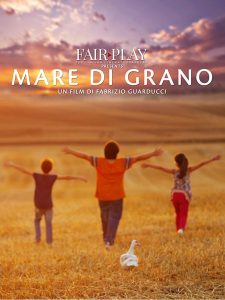 Three children, Adam, Arianna and Martino, along with the inseparable duck Pina, embark on an adventurous journey through the beauties of Tuscany, living the folk tales of their childhood. A journey where a strong friendship will unite the children and help them grow with the help of Rimando, a poet wandering from village to village and from the childish heart, who will help them reach the sea. 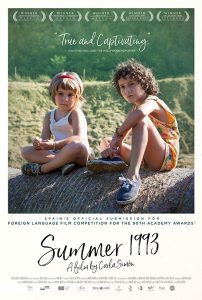 In Carla Simón’s touching autobiographical film, six-year-old Frida looks on in silence as the last objects from her recently deceased mother’s apartment in Barcelona are placed in boxes. Although her aunt, uncle, and younger cousin Anna welcome her with open arms, it’s only very slowly that Frida begins to get used to her new home in the countryside. Punctuated by moments of youthful exuberance and mature ruminations, this coming of age drama, set amongst summery hues, is an extraordinarily moving snapshot of being a child in an adult world, anchored by flawless performances by its two young stars. 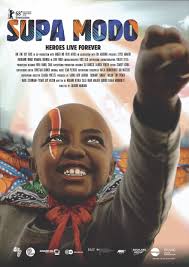 Jo, a witty 9 year old terminally ill girl is taken back to her rural village to live out the rest of her short life. Her only comfort during these dull times are her dreams of being a Superhero, which prove to be something her rebellious teenage sister Mwix, overprotective mother Kathryn and the entire village of Maweni think they can fulfill.

The two best friends, Grim and Axel, have ever since they were eight been dreaming about attending the annual Norwegian Championship of Rock. Together they have a band, Los Bando Immortale, but they lack a bass player, and Axel the vocalist and lead guitarist can’t sing. Grim hasn’t had the heart to tell him yet, but when they get accepted to the National Championship of Rock, he needs to find a solution – quickly. They hold an audition, but have no luck finding a suitable band member, so they have to let nineyear-old Thilda become their bass player – on cello. They embark on a crazy journey  across Norway. With the police and the parents chasing them, this will be a race against the clock to get to Tromsø in time for the event of their lifetime.