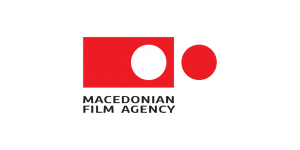 The Macedonian Film Agency, established under the Film Industry Law (Official Gazette of Republic of North Macedonia No.82/2013), officially began its operation on 01.01.2014 as a legal successor of the Macedonian Film Fund.

Primary objective of the Macedonian Film Agency is to stimulate and support the development of the Macedonian film industry. In order to achieve its goals the Agency aims at providing a continuous support to the production of films of national interest, stimulating international filming co-productions, encouraging expert and professional education of film industry professionals, stimulating the creation of national screenplays, promoting Macedonian Cinematography at renowned international film festivals and events as well as attracting foreign producers by offering them favorable conditions, thereby promoting Republic of North Macedonia as a filming location.
The funds needed for the operation of the Film Agency are provided from the Budget of Republic of North Macedonia and from other sources established by the Film Industry Law.