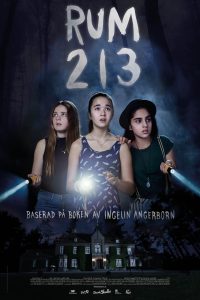 Synopsis
Chris can’t get along with anyone. When he’s attacked in the street, Bobby, a reckless single dad, jumps in. The two set out into the Montreal night together crashing parties, meeting girls, and eventually seeing Bobby’s estranged daughter – Chris soon discovers that the underside to Bobby’s charm is a self- destructive streak. Over the course of the night, as they come to know each other they try not to lose themselves. 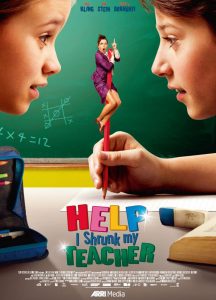 Help, I Shrunk my teacher!

Synopsis
A lonely 9-year-old boy makes a new friend when he discovers a magical little man inside of a cupboard, but when one of the man’s spells goes awry, the boy’s entire family is shrunk down to four inches in height. 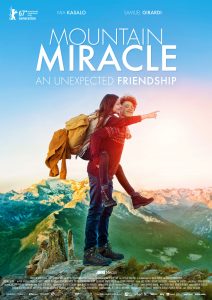 Synopsis
Amelie (13) thinks of herself as a tough big-city brat and she probably is indeed the most stubborn girl in all of Berlin. Amelie doesn’t let anyone tell her what to do, least of all her parents, who ship her off to a special clinic in the mountains after just another asthma attack. Exactly what Amelie doesn’t want. But instead of getting help at the clinic, she flees to a place where no one would expect to find her: the top of a mountain. When the clinic and her parents realize she ran away, a big search for her is underway. Focused on trying to find a hiding place in the mountains, Amelie meets a quirky boy named Bart. When Bart saves her life, Amelie realizes that Bart is cooler than she thought. Learning of Amelie’s illness, Bart tells her about an old tradition: the miraculous Alp Mountain Fires which allegedly help cure the sick: humans and animals. Now on a mission to get to the fires in time, the kids take off on an adventurous journey of hope and true friendship. 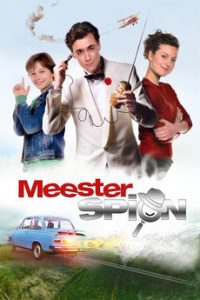 Synopsis
Master Spy tells the story of Tim (10) who moves to an old hotel at the coast with his little sister and parents. Tim finds it hard to get used to his new home until he meets Simon. Simon just woke up from the year 1974 and has a hard time adjusting to all the changes. Also as an ex spy he needs to solve an old case. Their adventure starts when Tim decides to help Simon… 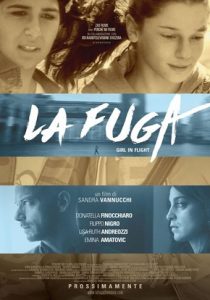 Synopsis
SILVIA, a determined eleven year old girl from a small town in Tuscany, boards a train alone going to Rome. When asked by a mother sitting nearby why she is alone, Silvia responds ‘my parents are very modern and leave me to do as I wish.’ Two months earlier, we see Silvia’s mother incapacitated by a severe episode of recurring depression, and later, at her breaking point, Silvia gathers her things and leaves… alone. On the train, she meets EMINA, a smart, defiant 13 year old gypsy girl. When they arrive in Rome, Silvia follows Emina as she disappears inside Rome’s vast central train station.