Џифони Македонија се враќа во кино салите!
Петнаесет македонски средношколци и студенти ќе бидат дел...
Official opening of the 8th edition of Giffoni...
Information and instructions for the online version of...
Отворен е повикот за учество на Џифони Македонија...
13 highschool students in the Macedonian online delegation...
40 films for kids and youth free for...
Another chapter down in the never ending story...
The aftermath of the Workshops at the Giffoni...
Opening of the 7th edition of Giffoni Macedonia...

The rise and fall of a dictatorship in a classroom.

HUNTING FLIES is a warm drama about the rise and fall of dictatorship. Set to a classroom, over the course of one intense day we get to know Ghani, an idealistic teacher who loses his job on the first day of school. So he makes one final attempt to get it back by locking his students inside the classroom forcing them to resolve a generation long conflict between their villages.

This feature sets up principles against necessity. How long would our beliefs of any kind stand intact when we are forced to choose between them and our livelihood? 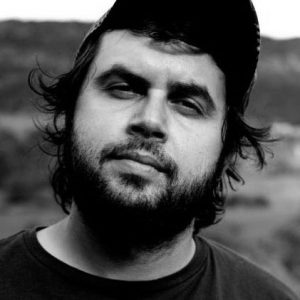 Izer Aliu (b. 1982) is an Albanian, born in Macedonia and grew up in Sweden, and is a Norwegian citizen. His childhood and adolescence primarily took place in Norway and Sweden.  Since the graduated from the Norwegian Film School at Lillehammer in 2012, he has made films in various places in the world, but the base has always been in Oslo. His exam-film “To Guard a Mountain” dubbed him one of ten Nordic directors to watch. He has been nominated for the Student Academy Award and won several high-end, both national and international awards. Following his graduation he set out to make his first feature “Hunting Flies” in Macedonia, and the short “The Good Life – Over There” set in the cityscape of Oslo.

Hunting Flies (2016) is a low budget feature film which he made on his own initiative, a spontaneous project which taught him a whole lot about how things function when you finally have a film on your hands. He still believe in the importance of retaining a bit of that naivety when making films, as reality is somehow interesting. The next feature film, 12 Dares (12 bragder/2017) is a co-production between Sweden and Norway.

“My film education has meant so much to me! I learned a lot about myself at school. About things I already believed in, but I also developed things I did not believe in. I am grateful towards the teachers, who made me realize things I cannot imagine living without today. I have met people whom I have developed close ties to, and who in some way or other are always involved in the films I make. Regarding my international ambitions: I have great ambitions, mostly because film is a universal language, with regional limitations. I think that as long as you are locally based, but express yourself globally, it makes it easy for everyone to gain insight in what being a human really entails. Although we are bound by limitations, our films are not. ”