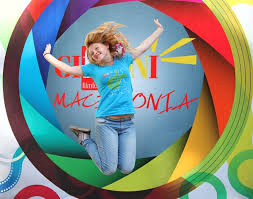 The festival that originally started in Italy, comes to Macedonia as a result of the wonderful energy and enthusiasm that Macedonian kids brought with themselves throughout the years at Giffoni Film Festival in Italy.

The Youth Film Festival “Giffoni Macedonia” was created as an initiative of Claudio Gubitosi, creator and aristic director of GFF inspired by proactive young participants from Macedonia. From the very beginning of the implementation of this festival, the Film Agency, Ministry of Culture of Republic of Macedonia and the Italian Embassy in the Republic of Macedonia have given their continuous support  and active involvement for the purpose of ensuring a successful realization of the festival and the other accompanying activities which are integral part of  Giffoni.

The festival is organized by Media Literacy Association “Planet-M” with main support of Macedonian Film Agency and Giffoni Experience from Italy.

About Media Literacy Association “Planet-M”
The Media Literacy Association “Planet-M” supports the development of the young generation
by implementing activities in the field of education, art, culture, as well as human (children’s) rights and
active involvement of young people in all segments of their growth and development in civil society.
The mission of the Association for Media Literacy “Planet-M” is to promote media literacy,
education, culture, critical thinking, tolerance, law and democracy and to develop them through formal
and informal educational processes and activities and involvement of youth in them. In order to
accomplish the mission, the association designs, develops and implements creative projects and
workshops that promote non-formal education and culture in modern society for wider educational,
cultural, economic and social development, to help young people realize their full potential. Through
informal education in various segments, Planet-M educates and supports young people on their growth,
maturation as well as achieving equality and harmony by gender, social, religious, ethnic, sexual
orientation or any other basis, thus reducing discrimination, bullying and youth violence in general.
The main tool for motivating and involving young people is the film, mostly through the
International Youth Film Festival “Giffoni Macedonia”, which is a branch of the world’s leading festival
for children and youth “Giffoni Experience” from Italy, and through its itinerant version held few times a
year in smaller cities called “Giffoni on Tour”. Film screenings are used to motivate young people to
open a debate on topics that affect their generation. International cooperation and involvement of
young people from our country in various international projects are other important segments of the
activities.